SAN DIEGO; Aug. 8, 2017 – Scott Hermes, General Manager of the Westin San Diego Gaslamp Quarter, was named Chairman of the San Diego Tourism Marketing District (TMD) at the organization’s July 24 board meeting. The TMD is a business improvement district in the City of San Diego that funds strategies to grow hotel stays and transient occupancy tax revenue.

A member of the TMD board since 2015 with over 30 years of industry experience, Hermes most recently served as board Vice Chairman. He takes over the Chairman role from William “Bill” Evans of Evans Hotels, who has stepped down from the board following nine years of service. 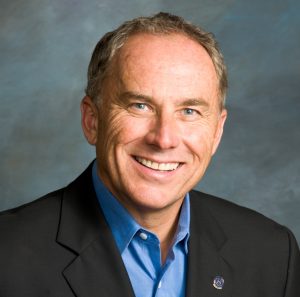 “I’d like to acknowledge and thank Bill for his many contributions to the TMD board, in particular his last two years serving as Chairman,” said Hermes. “I’m excited to help lead the organization forward, especially as we embark on some ambitious goals for growing tourism in the City of San Diego.”